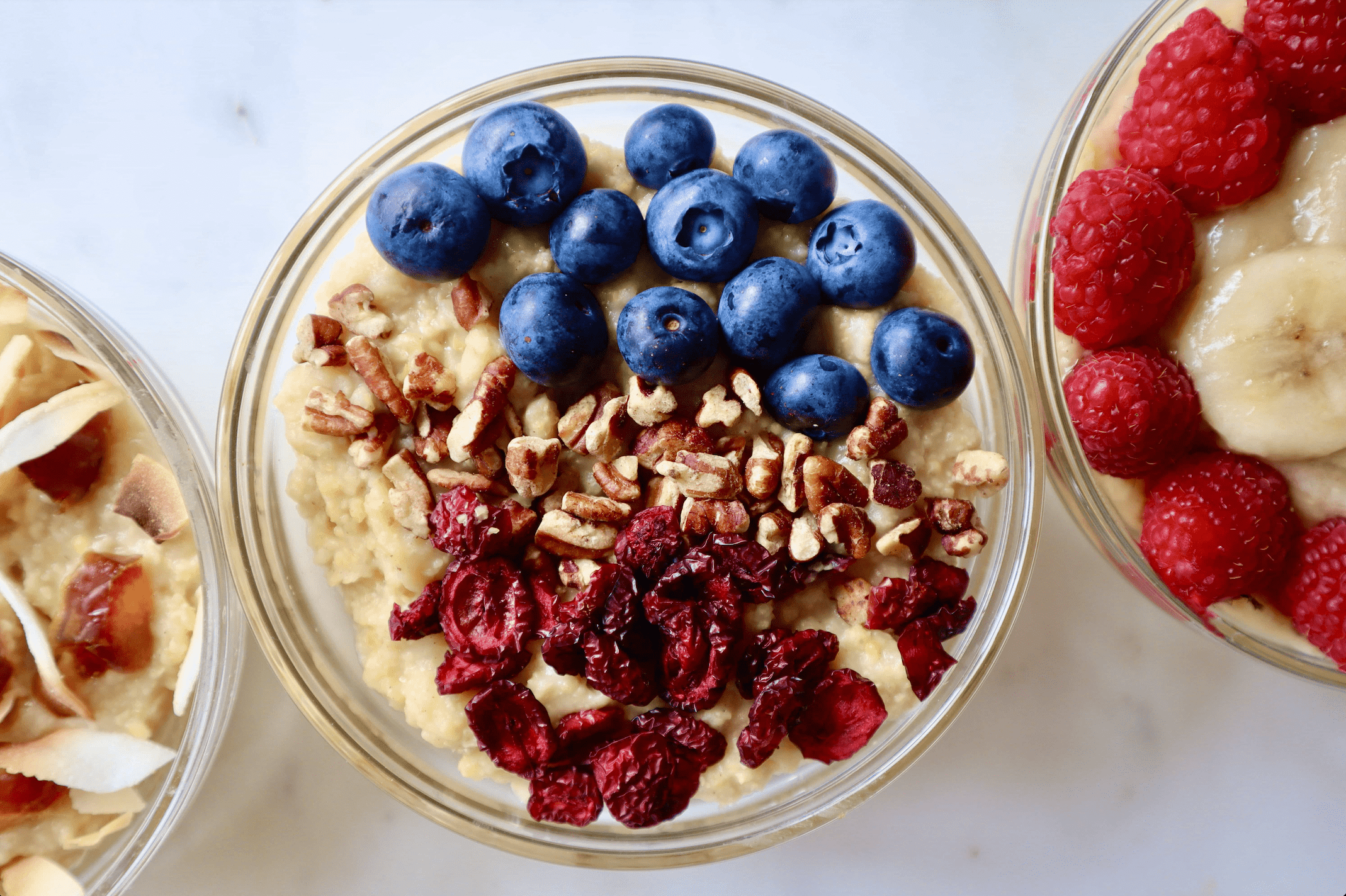 After falling in love with a comforting savory millet pilaf I made from Amy Chaplin’s At Home in the Whole Food Kitchen, I was inspired to use millet as a morning porridge.  I included cinnamon which dramatically increases the antioxidant level and apple adds natural sweetness and texture. Partially blending the millet creates a creamier, smoother texture.  This warming, nutritious and satisfying breakfast has so many possibilities!

Many people love the taste of polenta, but have concerns about GMOs.  This millet porridge is a great alternative as it has a similar consistency to polenta, as well as a slight natural sweetness.  Substitute your favorite plant-based milk for oat milk – and even for the water if you like. As far as toppings go, the only limit is your imagination!  This cozy breakfast was a fast favorite with the GOE team and I have a feeling we’ll be coming up with many more variations.

Rinse millet thoroughly until water runs clear.  Place clean grains in a medium pot on medium-low heat.  Stir occasionally until the grains are dry and just slightly toasted.   Place grains in blender and pulse on high-speed just until millet resembles a half flour, half grain mixture.

Return millet back to pot and add apple, cinnamon, oat milk and water, stirring to combine.  Bring to a boil and then cover and simmer for about 20 minutes. Stir occasionally, adding additional oat milk if mixture becomes too thick.  Porridge is ready when grain pieces are soft.

Serve with your choice of toppings and a little additional oat milk if desired.

We found a really ripe Jackfruit in September which is the perfect time to start enjoying pumpkin spiced everything! So we...

For Rosh Hashanah, the Jewish New Year, we dip apples in honey to ensure a sweet New Year.  Might as well...

Have you been implementing Dr. Greger's How Not to Diet tips into your daily life? If you need a little help...